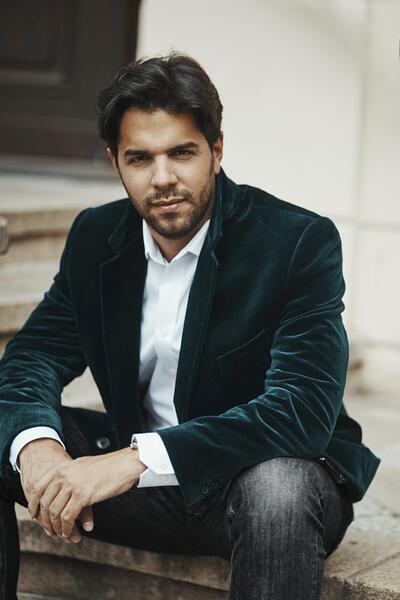 He drew great acclaim last year with his debut performance in Liverpool (Beethoven's 7th Symphony) and this past January, his performance with Pacho Flores gained a 4* review from The Times. Today the Royal Liverpool Philharmonic Orchestra announced Domingo Hindoyan as their new Chief Conductor from September 2021 building on the legacy of Vasily Petrenko who steps down after 15 years and who will assume the role of Conductor Laureate.

Maestro Hindoyan was born in Caracas, Venezuela. He began his music studies as a violinist and member of the renowned Venezuelan musical education program El Sistema and later went on to study conducting in Europe at the Haute École de Musique de Genève. From 2013-2016, Domingo was the first assistant to Daniel Barenboim at the Deutsche Staatsoper Berlin. His background in opera has lead to engagements in the leading opera houses of the world including the Metropolitan Opera, Opera de Paris, Vienna State Opera, Mariinsky St Petersburg, Liceu Barcelona and the Lyric Opera of Chicago.

Later this year he was to have conducted La Boheme at the Met and l'Elisir at the Vienna State Opera but both have been postponed because of the current situation.

Here's what Domingo had to say about the Orchestra and the City: “Since the very first time I worked with the Royal Liverpool Philharmonic Orchestra, I encountered an amazing group of musicians whose warm personalities and passion for music shone through. This Orchestra is a great collective force formed by brilliant individuals.

What excited me was not only the Orchestra but the vibrant city of Liverpool and its historic connection with music and sports. An orchestra is a fundamental ambassador for the arts, and together our priorities will be to preserve the great heritage of the music we perform, welcome audiences with unprecedented sounds, and build the future for new generations with fruitful educational projects.

I am thrilled to be the new Chief Conductor of the Royal Liverpool Philharmonic Orchestra and know that together we will lead a new chapter in its musical history.”

Last year Domingo took up the position of Principal Guest Conductor of the Polish National Radio Symphony Orchestra and we expect many opportunities to arise for visits abroad both at the helm of the Royal Liverpool Philharmonic and with his many other international debuts and engagements in the years ahead.

You can watch Domingo's announcement by clicking the link below