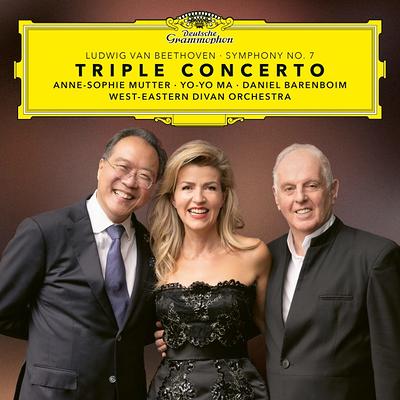 The recordings were made at concerts in Buenos Aires and Berlin – in July and October 2019 and mark two milestone anniversaries - the 20th birthday of the West-Eastern Divan Orchestra and the 40th anniversary of the legendary Triple Concerto recording made by Mutter and Ma under Herbert von Karajan.

Win a copy of the new CD by sending us the 'name' of Anne-Sophie's Stradivarius!

In 1999, Daniel Barenboim, together with the late Palestinian literary scholar Edward Said created a workshop for young musicians from Israel, Palestine and various Arab countries of the Middle East seeking to enable intercultural dialogue and to promote the experience of collaborating on a matter of common interest. The orchestra is named after Goethe’s collection of poems entitled “West-Eastern Divan”, a central work for the evolution of the concept of world culture.

Watch the 'trio' in discussion about the West-Eastern Divan Orchestra with the link below.